I embarked Sea Princess for a trip to New Zealand visiting Wellington, Tauranga, Napier and Auckland. Unfortunately, it was late leaving due to a Cyclone delaying the ship so I didn’t get to visit the South Island. 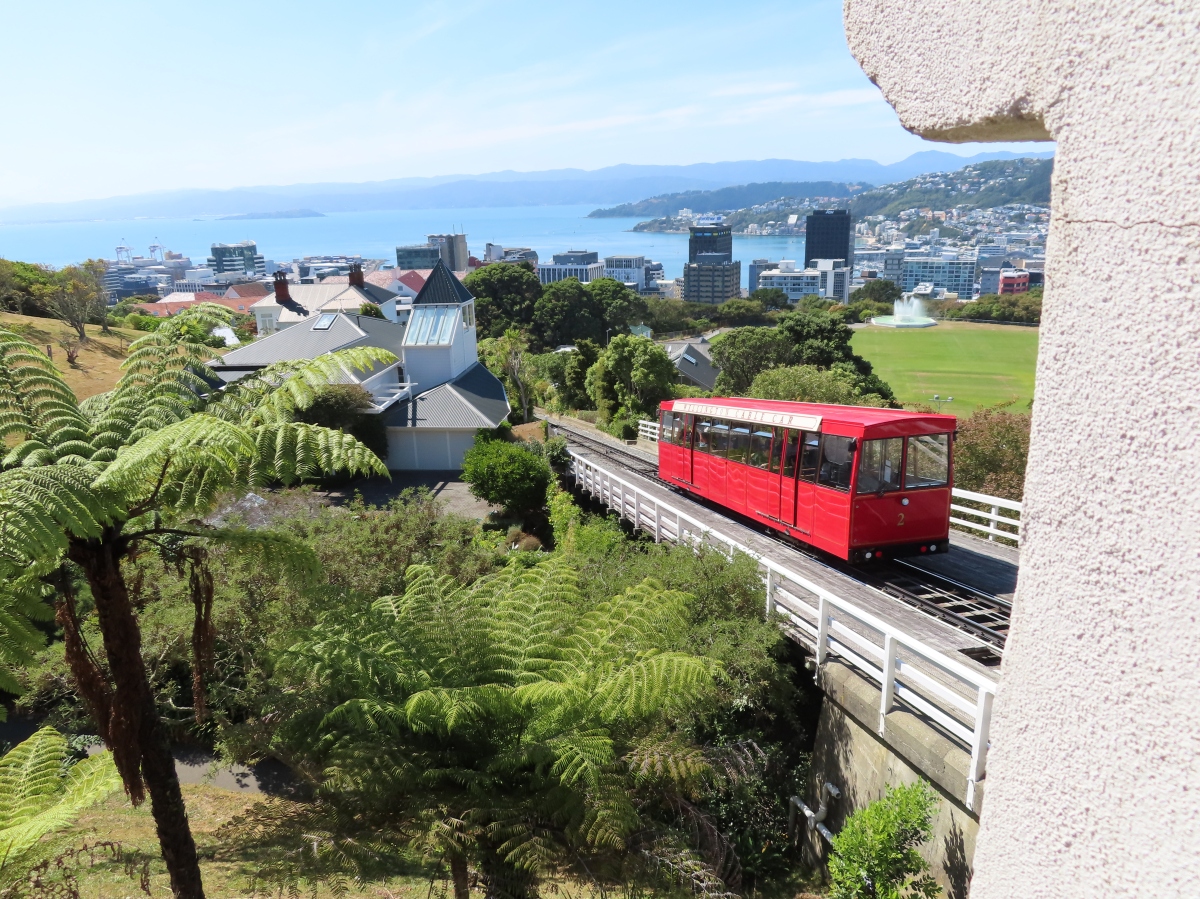 Due to the Cyclone that had caused issues on my previous cruise with P&O, it still continued to cause problems for my second cruise. I was due to embark Sea Princess on 24th February, but due to the port being closed, I didn’t embark until 27th. Embarkation was plagued with problems due to the computer system not working correctly. The ship was supposed to leave at midday, but we ended up leaving at around 4.30pm. This is the route we were due to take (when leaving on the 24th).

Because of the three day delay, Princess cruises changed the itinerary to leave out the South Island completely so we headed straight to Wellington for our first stop. Although we can’t control the weather, I can’t help thinking that it would have been nicer to have done the South Island and Wellington. I feel I missed out on a lot of the nice unspoilt part of New Zealand. Also, its a long way to go to do the cruise again (and as a solo, I have to pay double! Anyway, I found it a bit difficult to ‘enjoy’ this cruise as much as the other one and it also seemed that the rest of the passengers also felt the same.

Wellington was our first port of call after 3 days at sea. The sea was kind to us and the sea days were pleasant. Sea Princesses entertainment team were top notch, but extra thanks has to go to ‘Bingo Matt’ who was a super entertainer and always had a smile (and a joke) with you.

We arrived in the port of Wellington at 8am and I had a tour booked which was to see some of the sights of Wellington and a visit to the Te Papa Museum and a cable car ride. As it was very early in the morning, nothing was open so we made the most of it and visited some of the older buildings.

We then headed off to the Te Papa museum and saw some exhibits. We weren’t allowed to photograph some (mainly from the mauri tribes). It was a bit of a flying visit and we had our own tour guide.

The model of the soldier is 8-9 feet tall and the photo doesn’t do it justice. I wish I’d had longer to have a really good look around (there are a couple more photos of this particular exhibit in the photos on my Facebook page).

On leaving the museum, we then headed to ride up in the cable car. Once at the top, we had a little bit of time to look around, take photos and look at the museum. It was all really interesting and the view spectacular.

We were then taken by minibus back down to the city. We had the opportunity to be dropped off in the town and then get the courtesy bus back to the ship. I did this and had a brief look around the shop before returning back to the ship. This was a tour organised by Princess cruises and was a small group one (so around 12 of us on a minibus). This was nicer as we weren’t waiting around for lots of people to get back/on/off the bus. It was an enjoyable visit to wellington, but if I went back, I think I would opt to look around on my own next time and enjoy what Wellington has to offer.

We left port around 6pm and headed to our next port – Tauranga. Again, I had booked a tour. I was going to Hobbiton!

It was a very hot day. I managed to walk some of it, but not all. Hobbiton was a very interesting place and it was a bit surreal to be there. I am not sure my photos do it justice. I think it was the most relaxing and most beautiful place I think I have ever been to. When you arrive at Hobbiton, you are not allowed to go around on your own – you are put into group tours.

When we arrived, we were treated to drinks and cakes (except me – they didn’t have much that I could eat!)

We all then headed off on the tour. As I said above, I didn’t make it all the way around so headed back as it looked quite a long hike – and I was right!

Once the group had got back, we headed into The Green Dragon Inn for a drink.

After a short break, we then headed back on the coach to the ship. I loved Hobbiton and will go back next time and try and take in the whole tour, but just being there was a lovely experience.

Napier is a popular tourist city, with a unique concentration of 1930s Art Deco architecture, built after much of the city was razed in the 1931 Hawke’s Bay earthquake. It was a very interesting city.

Again, I opted for a tour and this one took me to a fruit farm, Te Mata Peak and a chocolate factory. The first stop was the fruit farm and we were shown the process that the apples undertake before being sent to supermarkets.

After having a small snack of apples and apple juice (there’s a surprise!) we headed back to the coach to our next stop which was the Silky Chocolate Factory. I bought chocolate (of course). There wasn’t really much to photograph and I took the photo below before realising that we weren’t allowed to take any.

Our next stop was majestic Te Mata Peak at the western boundary of Heretaunga Plains. This was around an hours drive, but it was worth it. As a word of advice; get your driver to stop at the bottom by the toilets as there is none at the top. Once we were up there, I needed to go and was desperate. One of the guys who was directing the vehicles told me I would have to wait, but said if I was really desperate, I could go to the ‘pee tree’, which I did!!

After heading back, I got off in Napier and had a look around the shops.

I then got the courtesy bus back to the ship, and there was some 1920’s vehicle and the owners were all dressed in costume, which was a lovely sight.

When the ship arrived, I was feeling a little tired so took the morning to have a rest and recuperate (after all, the last three days were quite busy. When I was feeling a little better, I walked across the small port to the ferry terminal and got the ferry across to Devonport. It was only a 12 minute ferry ride. The cruise ship docks right near the city – and you walk off the ship and its a short walk away.

I had some lunch and a little walk around, took some photos and then took the ferry back to Auckland. That evening, I went to the casino in Auckland and then back to the ship ready for a late evening sail away.

On leaving Auckland, we had three sea days before reaching Brisbane but I was staying on the ship for another 2 days after that where I would disembark in Sydney for a 4 night stay and the start of my road trip. Please join me on my next blog which will be Sydney Part 2!

As always, I will post all my photos on my Facebook page, so please visit if you wish to see more photos. Thank you for reading my blog. If you would like to book a holiday, please don’t hesitate to contact me janinec@travel-pa.com or through my Facebook page.

This site uses Akismet to reduce spam. Learn how your comment data is processed.